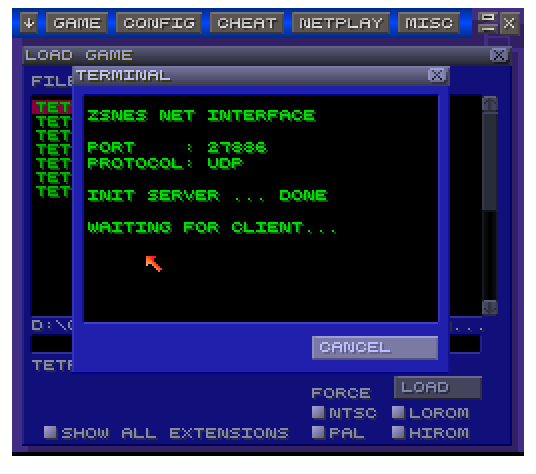 Super Nintendo, the 16-bit game console also known as Super Nes and SNes that appeared in the early 90s and gave us some of the most famous games in history has retained interest among its fans and thanks to them we can enjoy this great SNES emulator that allows us to play SNES games on our PCs.

Bust-a-move, Super Mario Kart, Street Fighter 2, Castlevania, Final Fantasy 4 or Zelda are only a minor part of the great games that you can play thanks to ZSNES, maybe the best SNES emulators we have tested.

It is extremely easy to use. You only have to run ZSNES and choose the folder where you have stored your ROMs. ZSNES allows you to configure the keyboard and choose the number of players. It features good video and audio quality, so it is a really good choice if you want to have a look back to the 90s and play those beloved 16-bit games.

Files which can be opened by ZSNES

To learn what file types can be opened by ZSNES please visit WikiExt.com. WikiExt monitors and provides timely updates for its database in order to have up-to-date information and the latest programs for opening any file types at all times.