“You in the wrong hood, dawg.”

Grand Theft Auto: San Andreas is mind-boggling. Not only is it hugely popular, a brilliant blend of cinematic and free-form action and a fine piece of technology as a whole (there’s about a state’s worth of uninterrupted territory crammed in there), but it is also refreshingly adult. It goes into family, loyalty, gang violence, corrupt law enforcement and manages to package all of it into a living, breathing world spanning three huge cities and miles of countryside in between.

It’s probably a game you wouldn’t even want to make today considering America’s troubled race relations, especially when most of San Andreas is an uneasy look into black ghetto culture. The setting is a mid 1990s fictitious version of the West Coast, an approach that gives more creative leeway in creating three of the game’s primary cities: Los Santos, San Fierro and Las Venturas.

All of them are based on real cities, so when you drive around Los Santos you get to see landmarks straight out of Los Angeles, the city on which it was based upon. San Fierro is an obvious San Francisco knock-off while Las Venturas has all of the resort and gambling attractions of the Vegas Strip.

The game cuts to your persona, Carl Johnson (CJ), as he returns to his home cul-de-sac and revisits his crew in Los Santos. You see the fallout from CJ’s fractured relationships and get a scene that’s pure character development, all wrapped in superb acting. To keep the story fresh while keeping it street-wise, the guys at Rockstar employed a half-dozen full-time researchers who spent their time selecting snippets from movies, finding pictures and generally getting that 90s style hood culture across.

The 90s vibe is as integral to San Andreas as the 80s were to Vice City, and it’s quite entertaining to just cruise through the faux San Francisco urban scene while listening to Depeche Mode and Cypress Hill. or 2Pac when rushing towards a hood war.

The story-driven missions are spread far and wide, and the general structure of the game will feel immediately familiar to anyone who’s played GTA before. There’s naturally an excuse to keep CJ landlocked in Los Santos at the very beginning, but go through enough story missions and you eventually visit San Fierro then Los Vanturas, not to mention the miles of forest and desert sprinkled with points of interest around those towns.

You can even book a flight at the airport, or just steal a jet and fly yourself.

What’s different in San Andreas is the general scope and sheer size of the game alongside all the stuff you can do to earn greens and respect outside of completing story missions. Talk about walking into a pub and realizing that you can approach the pool table or the arcade machine and play. Or how about turning CJ into a bodybuilder by visiting the gim, or buying that tracksuit and shades from the corner Binco. You can steal a cab and do fares for some quick cash, or a squad car for some vigilante justice. Or just grab your bike for some BMX action. The game is just full of mini-games and fun distractions.

And unlike most PS2 ports, San Andreas actually does feel right at home on the PC. The WASD keys might not feel as smooth as an analogue thumbstick for driving, but the mouse controlled aiming more than makes up for this. There seemed to be a problem with mouse support on some newer computers, but copying this file into the game directory fixed that for me.

At the end of the day, GTA: San Andreas is easily the best game of 2004 on the PlayStation 2, and one of the best games of that year across any platform for that matter, and if gamers want a taste of life in the hood then this is a must, plain and simple. 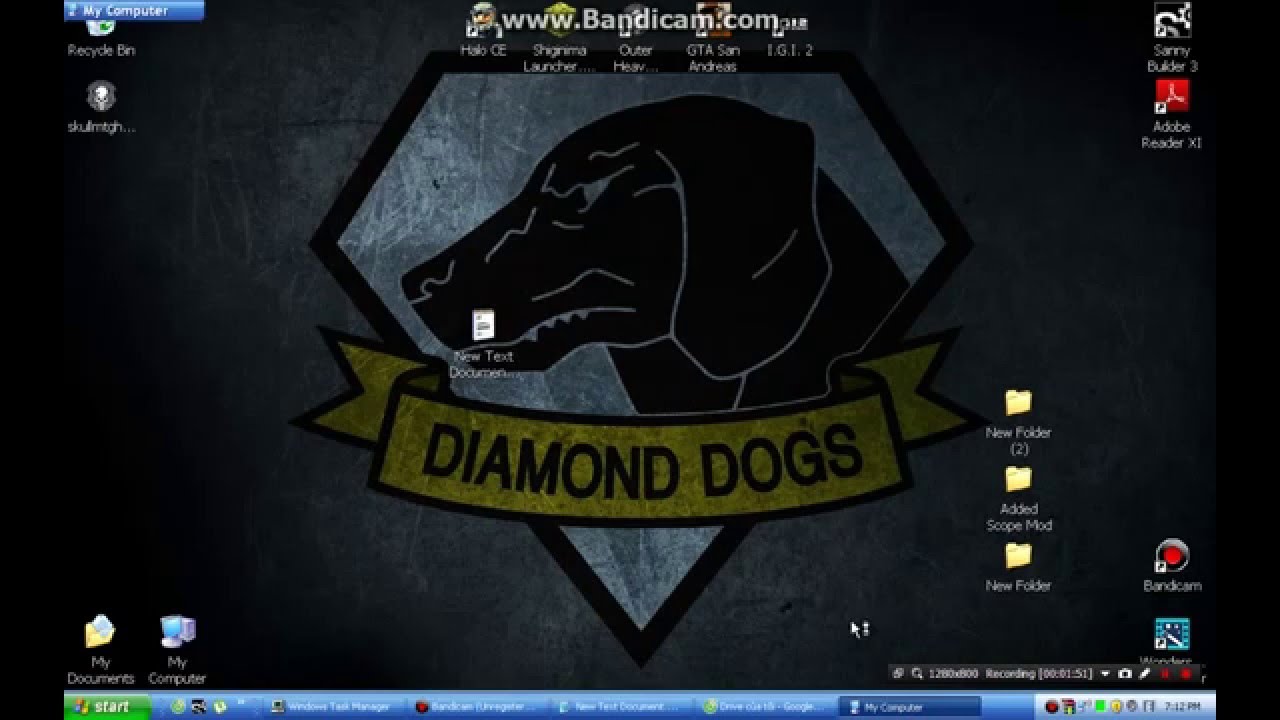 OverviewThe follow-up to Vice City takes the free-roaming violence to the state of San Andreas, an analog to early '90s California, where ruthless gangs battle for control of the streets.
TheEpicDiamondMiner rates this game: 5/5

You play as an average African-American male named Carl Johnson, formally known as 'CJ', and go back to your hometown after being in Liberty City. You discover that you mother is killed. Its up to you to find the killer and eliminate Tenpenny. Reign havoc over all of San Andreas!

San Andreas is structured similarly to the previous two games in the series. The core gameplay consists of elements of a third-person shooter and a driving game, affording the player a large, open world environment in which to move around. On foot, the player's character is capable of walking, eating, running, sprinting, swimming, climbing (the first GTA game in which swimming and climbing is possible) and jumping as well as using weapons and various forms of hand to hand combat. Players can drive a variety of vehicles, including automobiles, buses, semis, boats, fixed wing aircraft, helicopters, trains, tanks, motorcycles and bikes. Players may also import vehicles rather than steal them.
The game was released in 2004. 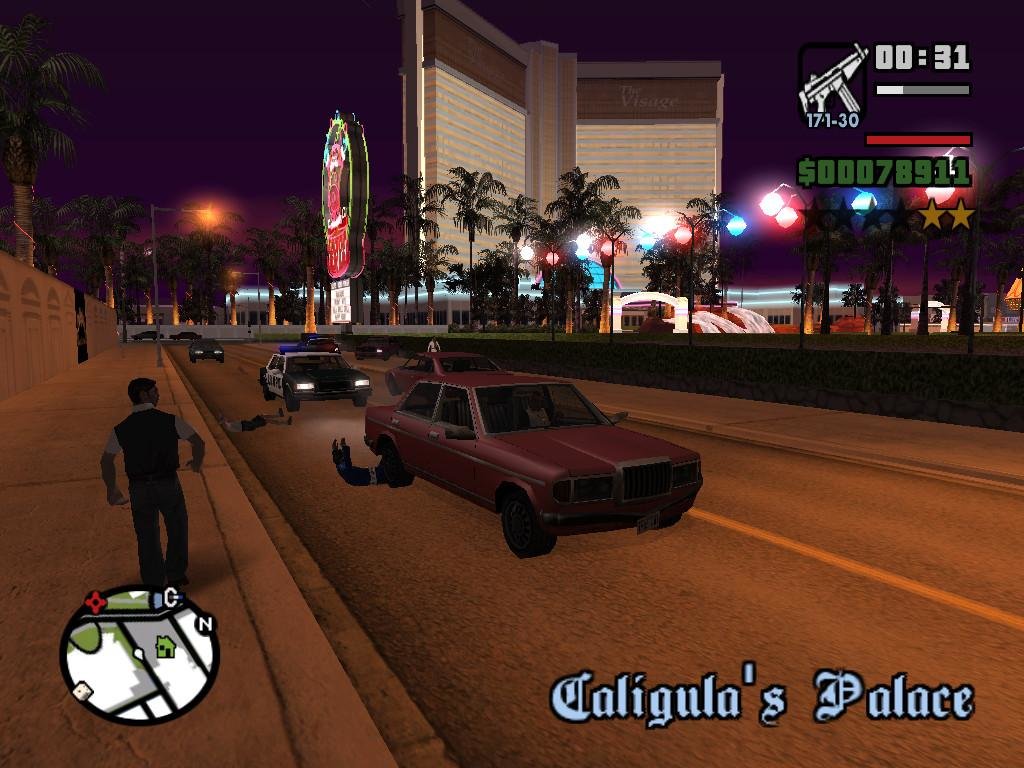