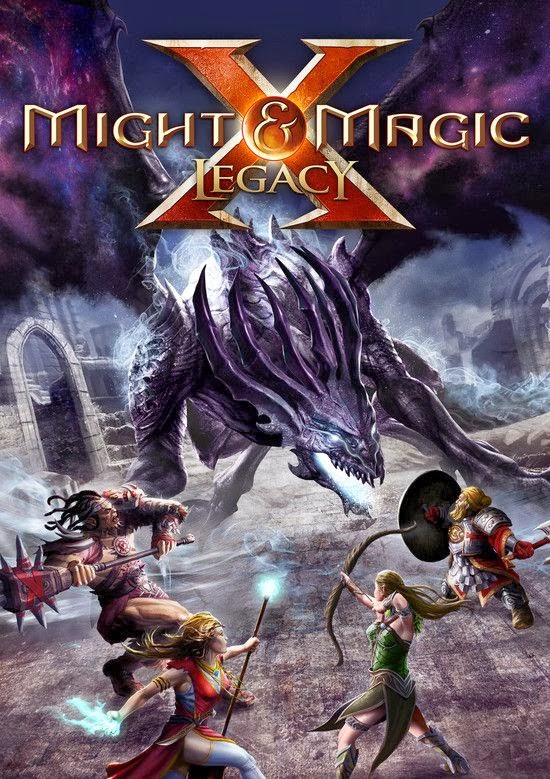 The majority of the gameplay takes place in a medieval fantasy setting, while later sections of the games are often based on science fiction tropes, the transition often serving as a plot twist. The player controls a party of player characters, which can consist of members of various character classes. The game world is presented to the player in first person perspective. In the earlier games the interface is very similar to that of Bard's Tale, but from Might and Magic VI: The Mandate of Heaven onward, the interface features a three-dimensional environment. Combat is turn-based, though the later games allowed the player to choose to conduct combat in real time.

The game worlds in all of the Might and Magic games are quite large, and a player can expect each game to provide several dozen hours of gameplay. It is usually quite combat-intensive and often involves large groups of enemy creatures. Monsters and situations encountered throughout the series tend to be well-known fantasy staples such as giant rats, werewolf curses, dragon flights and zombie hordes, rather than original creations. Isles of Terra and the Xeen games featured a more distinct environment, blending fantasy and science fiction elements in a unique way.

The Might and Magic games have some replay value as the player can choose their party composition, develop different skills, choose sides, do quests in a different order, hunt for hidden secrets and easter eggs, and/or change difficulty level.

Although most of the gameplay reflects a distinctly fantasy genre, the overarching plot of the first nine games has something of a science fiction background. The series is set in a fictional galaxy as part of an alternative universe, where planets are overseen by a powerful race of space travelers known as Ancients. In each of the games, a party of characters fights monsters and completes quests on one of these planets, until they eventually become involved in the affairs of the Ancients. Might and Magic could as such be considered an example of science fantasy.

The producer of the series was Jon Van Caneghem.[2] Van Caneghem has stated in interview[3] that the Might and Magic setting is inspired by his love for both science fiction and fantasy. He cites The Twilight Zone and the Star Trek episode For the World is Hollow and I Have Touched the Sky as having inspired Might and Magic lore.

The first five games in the series concern the renegade guardian of the planet Terra, named Sheltem, who becomes irrevocably corrupted, developing a penchant for throwing planets into their suns. Sheltem establishes himself on a series of flat worlds known as nacelles (which are implied to be giant spaceships) and Corak, a second guardian and creation of the Ancients, with the assistance of the player characters, pursues him across the Void. Eventually both Corak and Sheltem are destroyed in a climactic battle on the nacelle of Xeen.

The sixth, seventh and eighth games take place on Enroth, a single planet partially ruled by the Ironfist dynasty, and chronicle the events and aftermath of an invasion by the Kreegan (colloquially referred to as Devils), the demonlike arch-enemies of the Ancients. It is also revealed that the destruction wrought by the Ancients' wars with the Kreegan is the reason why the worlds of Might & Magic exist as medieval fantasy settings despite once being seeded with futuristic technology – the worlds have been 'cut off' from the Ancients and descended into barbarism. The first through third games in the Heroes of Might and Magic series traces the fortunes of the Ironfists in more detail. None of the science fiction elements appear in the Heroes series besides the appearance of Kreegan characters in Heroes of Might and Magic III and IV.

The Ubisoft release Might & Magic X: Legacy departs from this continuity and is set in the world of Ashan.[4] Ashan is a high fantasy setting with no science fiction elements in its lore.[5]

Might and Magic is considered one of the defining examples of early role-playing video games, along with The Bard's Tale, Ultima and Wizardry series.[6] By March 1994, combined sales of the Might and Magic series totaled 1 million units.[7] The number rose to 2.5 million sales by November 1996.[8] and 4 million by March 1999.[9]